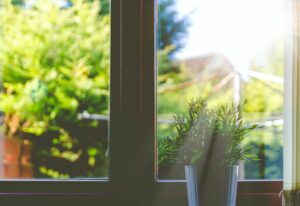 Acts 17:1o-11 “As soon as it was night, the brothers and sisters sent Paul and Silas away to Berea. Upon arrival, they went into the synagogue of the Jews. The people were of more noble character than those in Thessalonica, since they received the word with eagerness and examined the Scriptures daily to see if these things were so.”

These two verses are awesome to me as a pastor.  The first one really just sets the context for the next verse, but if you haven’t listened to one of my Sunday morning services at Salem Baptist Church, you should know that I like putting context to what I’m talking about. If you don’t have context then things can be twisted and a totally different meaning can be pulled from the verses than what was originally intended. (I’ll talk about this another time I’m sure.)  Back to the verse above.  When Paul and Silas arrived, they started teaching in the synagogue like they always do everywhere they go.  I want you to notice something that is written about the people though.  It says that the people were “more noble character than those in Thessalonica.”  Why?  What made the people of Berea more special than those of Thessalonica?  Because, “they received the word with eagerness and examined the Scriptures daily to see if these things were so.”  Instead of just listening to what Paul and Silas said as pure truth, they took what was said and see if it matched up with Scripture.  They studied it and found that what was being said is truth.

As a pastor, I LOVE looking out and seeing people take notes on Sunday morning.  I’ll admit, the first few times I ever preached it freaked me out a bit.  It bothered me because of my fear that I would say something wrong or I would not interpret something correctly.  This fear actually helped me. It’s not like I wasn’t putting a lot of time and effort into the text or making sure what I said lined up to begin with, but I was now double checking, refining, and seeking more to make sure I wasn’t getting something wrong.  Now my hope is that when those in my congregation are taking notes, they are going back and looking at what I said and seeing if what I said lines up with all of Scripture.  As a matter of fact, of all the pastors that I personally know, I don’t believe a single one would disagree with the hope that I have. They also want their congregations doing the same thing.

The reason we have this hope is because of the amount of false teaching in the world.  There are tons of false teachers in the world. There are some “pastors” (Note the quotation marks.) that claim to speak for God but instead they actual are speakers for Satan.  Those that preach the “prosperity gospel,” which teaches that God wants you to be happy, healthy, and wealthy, is an example of a false teacher.  This teaches if you’re not happy, healthy, and wealthy then your faith isn’t strong enough or you’re not doing enough good works.  The truth is, when you become a follower of Christ, a target gets put on your back. Satan wants to attack you more. He wants to make your life miserable, because if he can make your life miserable then you will be too preoccupied to share Christ with others.  Our lives as Christians don’t get better, it gets harder.

This prosperity gospel isn’t the only form of false teaching, and now that I’m at the end, I’m finally getting to the reason that started this whole thing to begin with. I have noticed an increase of end time videos on different social media platforms. Maybe it’s just the algorithms associated with me, but no matter what these teachings are out there and people are seeing them.  The last one that I watched used a bunch of different verses to make claims about how the end is almost here. Duh, of course the end is almost here. The end times started the day Jesus ascended into Heaven.  However, that’s not the part that bothered me.  What bothered me the most was at least one of these verses that was being quoted didn’t exists.  This particular video stated that America was talked about in the Bible, which it’s not. I don’t remember the exact words that were quoted, but it said that it came from Isaiah 50:12.  There isn’t an Isaiah 50:12. If I hadn’t looked for myself, I could have believed that’s exactly what was being said.  It really bothered me because there are people that have listened to it and taken everything that was said as complete truth when it’s a lie.

So my overall point, please be like those in Berea and look into what is being said.  Trust those God had called to preach the Word of God, but verify their accuracy.  Take notes, look up the Scripture, and see if you come to a similar conclusion.  If you have questions, ASK!!  Don’t think that you’re pastor will get upset or mad if you question what they say from the pulpit.  A bit of a warning, if by chance they do get mad, run and find another church.  I personally love having discussions about Scripture, because that tells me a few things. One, you’re reading it. Two, you’re studying it. Three, you’re growing in Christ!  So if you ever want to chat, please feel free to send me an email and we’ll schedule a time to sit down or you can message our Facebook page.  I hope to see you this Sunday at 10:00 for our Sunday School Small Groups and at our 11:00 AM Worship Service.