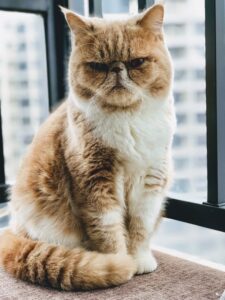 It’s been a few weeks since I last wrote something.  Not that God has been silent or that nothing has happened worthy of writing about, it’s actually the opposite.  I will say though, part of the reason I didn’t write is because I took a week and went to Orlando, Florida with my family.  It was a well needed vacation and something we haven’t done in at least 7 years.  So I’m above and beyond grateful that Salem Baptist Church allowed me the time away.

Like I said, even though I have been silent, God has not.  God doesn’t always teach when things are calm and quiet, but He most definitely does when things get loud and chaotic.  That has been the description of my life over the last few weeks, chaotic.  Sometimes it’s created by us, sometimes it’s out of our control, and sometimes it’s a mixture of both.  I have often sat and wondered why the world is so crazy.  At the same time I don’t realize that I add in a certain level of craziness to it.  Most of the time, the chaos we see comes from one place.  It comes from our own selfish desires.

Think for a second, when was the last time you got mad?  What did you get mad about? Was it a righteous anger or was it a selfish anger.  There is a form of righteous anger.  For example, a spouse admitted to an adulterous relationship.  That spouse broke a promise so it’s okay to be angry.  That’s not the anger that causes chaos.  The selfish anger, that’s what causes chaos.  Did you get mad because your spouse didn’t do what you think they should do?   Did you get mad because something wasn’t done how you thought it should be done?  No matter the reason, chances are the anger you experienced came from a selfish place.  It’s about me, me, me. What I want.  The problem is, we as followers of Christ know that it’s not about me, but it’s about He.  What glorifies our Father in Heaven.

Looking after our own self interest is anything but Christ like.  If Jesus had looked after His own interest, we would in a bad spot. We wouldn’t have a way to be reconciled with God. We would have to answer for our own sins and well that won’t end on a good note.  Jesus could have said, “No, I’m not going to the cross for these people. It’s going to hurt Me. I don’t want that.”  Instead, Jesus showed us the opposite.  He showed it wasn’t about self, but about others.  In Luke 22:42 Jesus is praying before going to the cross.  He says “Father, if you are willing, remove this cup from me. Nevertheless, not my will but Yours be done.”  Jesus wanted to glorify the Father.  We should want to glorify the Father.

It’s easy for us to become selfish and want things are own way then get mad when we don’t get our way. When we get mad things in our life become crazy and we’ve contributed to the chaos in the world. When we’re mad, we become like the cat in the photo I included.  We have a grumpy look on our face and when others come along and say “Hey aren’t you a follower of Christ.”  I’m sure when we respond with yes, that grumpy face changes the persons mind about wanting to follow Jesus.  After all, why would you want to follow a God who makes His people grumpy like that?  Our selfish anger keeps us from glorifying the Father before others.  So next time you start to get angry, take a moment and ask a couple of questions.  Why am I getting angry?  Is it because I’m not getting my way or is it something bigger? If it’s a selfish reason, repent and ask God to help control your anger.  If it’s something bigger, ask God to show you how to reconcile and how to offer grace and mercy like He has so graciously offered each of us.